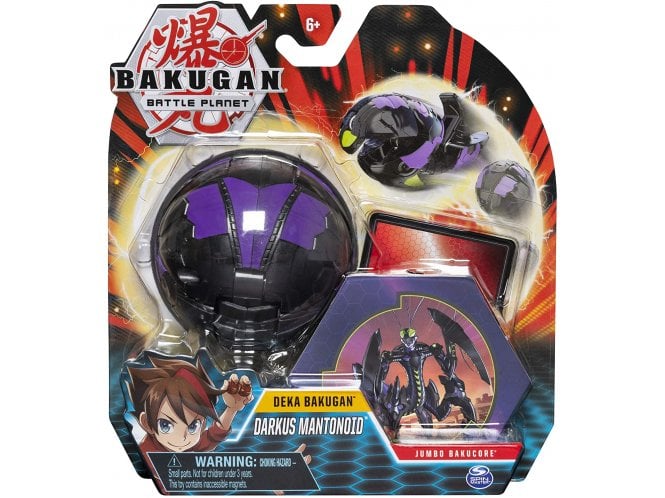 Pop-open transformation: transform your decal Bakunin From 3-inch Bakunin ball to battle-ready decal Bakunin! Roll it across the large Baku core and watch your Bakunin POP open in an epic transformation! With so many characters to collect, how will you roll?

Deke Bakunin are a great gift for ages 6 and up. Add all 9 decal Bakunin to your collection and bring the world of Bakunin battle Planet to life!