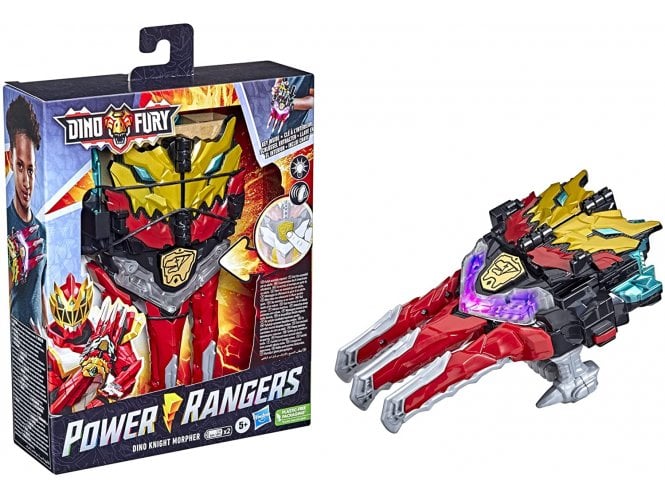 MOVEMENT UNLOCKS ELEMENTAL LIGHTS AND SOUNDS: Point the Dino Knight Morpher in one of three different directions for distinct sounds. Point down for lightning, up for fire, and straight ahead for ice modes

MOTION-ACTIVATED PLAY: The sounds of the Power Rangers Morpher change based on motion so kids can imagine fighting evil monsters

LOOK FOR OTHER POWER RANGERS TOYS AND FIGURES: Including Dino Fury figures and roleplay toys, and more! Each sold separately. Subject to availability