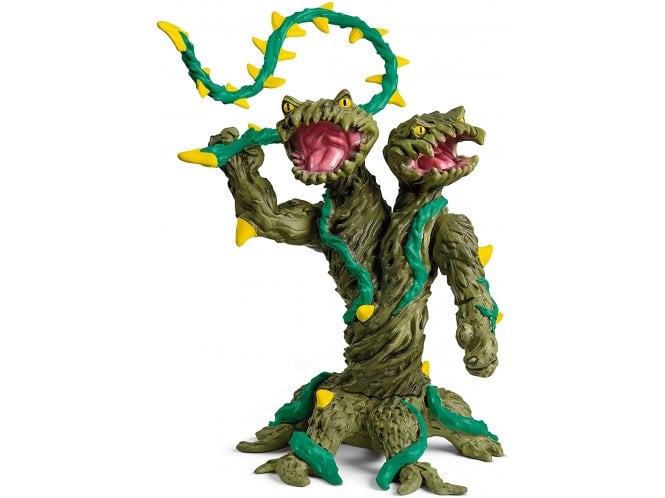 With its movable creeper tentacles, the plant monster from Schleich Eldrador Creatures wanders almost unnoticed through the dense growth of the jungle world.

It has two enormous mouths, into which it loves to stuff creepy-crawlies. As wily as they come: the monster looks like a harmless climbing plant to its enemies – that is, until it lashes at them with its vicious thorn-spiked whip!

Not content with just water: the plant monster from Schleich Eldrador Creatures has two enormous mouths, and twice the appetite. It stuffs itself with oodles of creepy-crawlies, its favourite food. It drags itself through the jungle world with its movable tentacles, taking root in new places. In the undergrowth, this mutant, carnivorous plant goes almost unnoticed, looking like a harmless climbing plant to its enemies.

But those who approach the plant monster will feel its vicious, poisonous thorny whip.

What’s more, this malicious monster doesn’t care if it loses a creeper leg in a fight, as another one grows instantly in the same place.