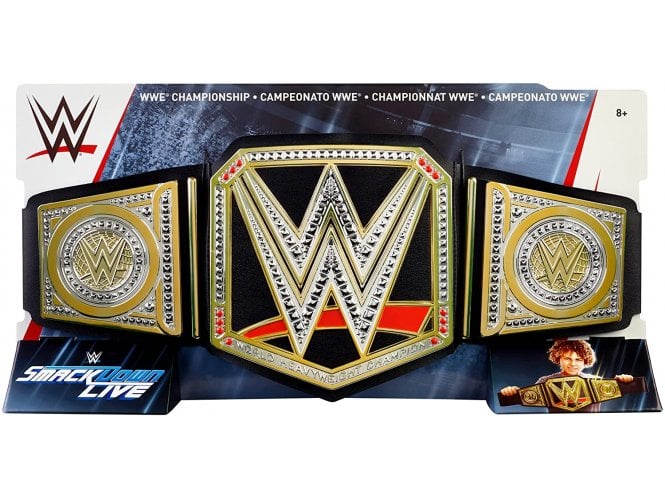 This trophy item comes with authentic styling, sleek metallic medallions, a leather-like belt and a one-time adjustable feature to fit around the waist of any child eight years or older