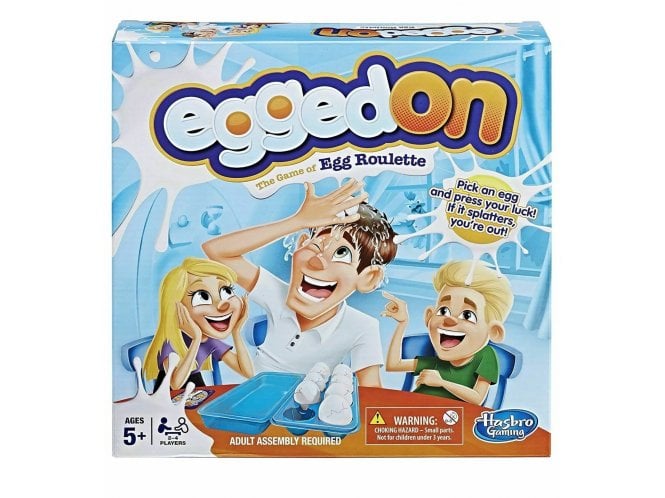 Egged On game is a hilarious and suspenseful game in which players take turns picking plastic eggs and pressing them on their heads. Some of the eggs are filled with water and players never know which one they've got in their hand. The players who get splashed are out and the "yolk" is on them. The last player left in the game wins!

Press your luck with the egged on game.

Spin the spinner, pick an egg - don't get wet.

Easy to play and hilarious.

For ages 5 years and over.