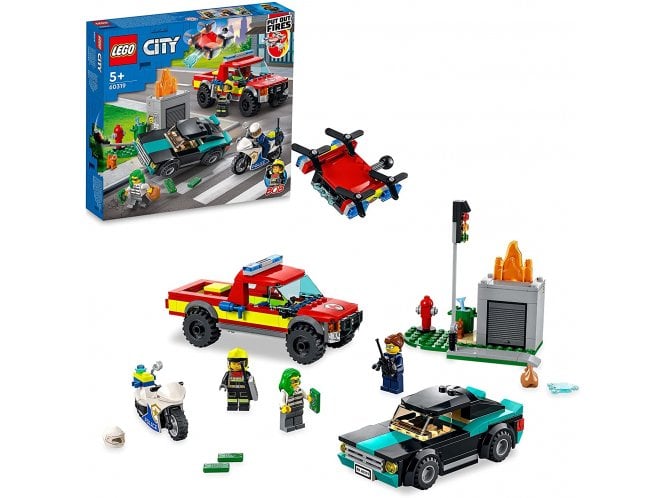 Code: 60319
Item in Stock Item out of Stock | Usually dispatched within 24 hours
Loading...

Kids can shoot water splat elements from the drone, activate the toppling traffic light, and raise & lower the LEGO flames at the fire scene

Join LEGO City TV’s firefighter Bob aboard the fire pickup, head to the scene and send up a cool fire drone to extinguish the flames

The toy accessory elements in this set include a fish, handcuffs, 2 walkie-talkies, 3 banknote elements and a crook’s sack