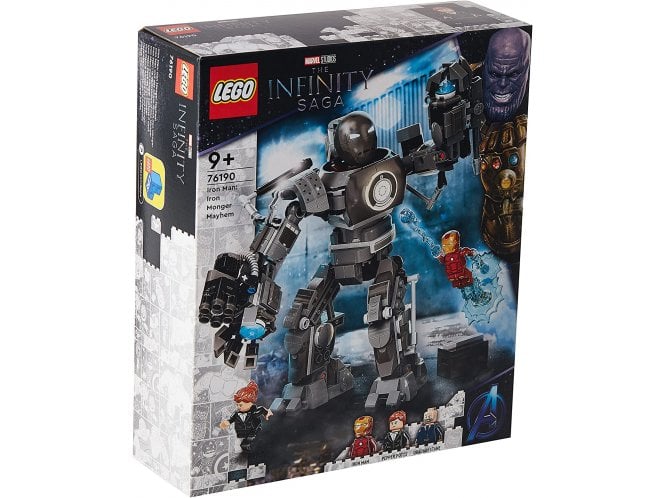 Code: 76190
Item in Stock Item out of Stock | Usually dispatched within 24 hours
Loading...

The mech’s glow-in-the-dark arc reactor in its chest glows as kids twist, turn and adjust the mech’s position to fire stud shooters