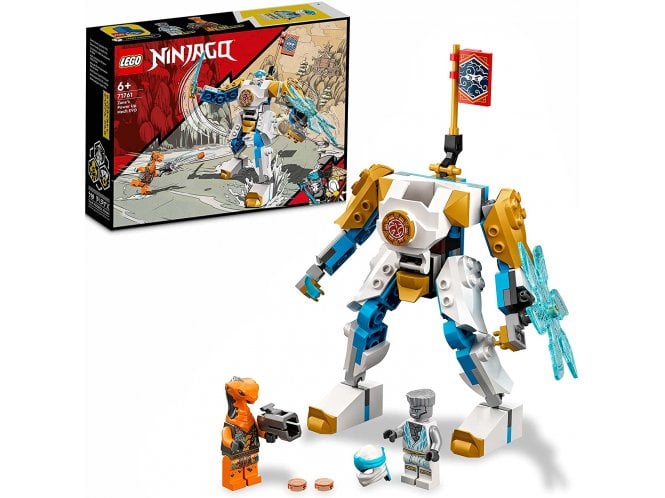 Code: 70761
Item in Stock Item out of Stock | Usually dispatched within 24 hours
Loading...

This NINJAGO toy includes Zane minifigure with a sword & armour, and the Cobra Mechanic snake warrior armed with a blaster gun

After upgrading mech’s and his own armour, NINJAGO Zane jumps into the cockpit and fights back with a sword and a cool spinning star weapon

When kids defeat the ninja enemies and complete their mission, they are rewarded with a collectible Stealth banner