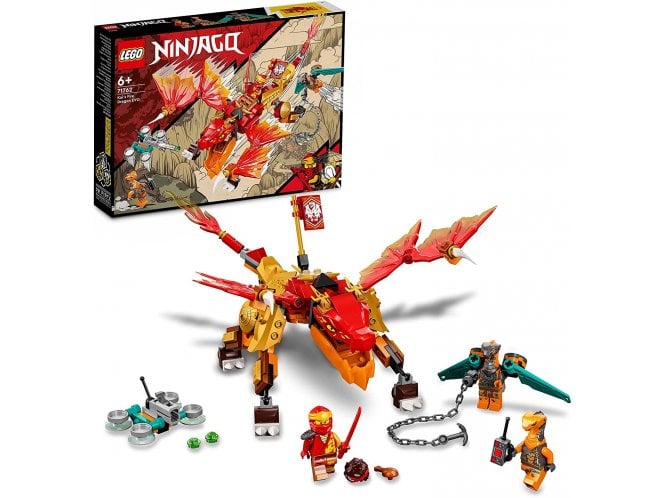 This dragon toy features a posable head, tail, jaw, legs & a saddle for kids to place Kai when he has aerial clashes with the snake warriors

NINJAGO snake Boa Destructor controls a shooting drone, and Cobra Mechanic comes with a jetpack and a gun that fires out a chain

When kids complete their missions and defeat the snakes, they are rewarded with a Courage banner to display on the dragon