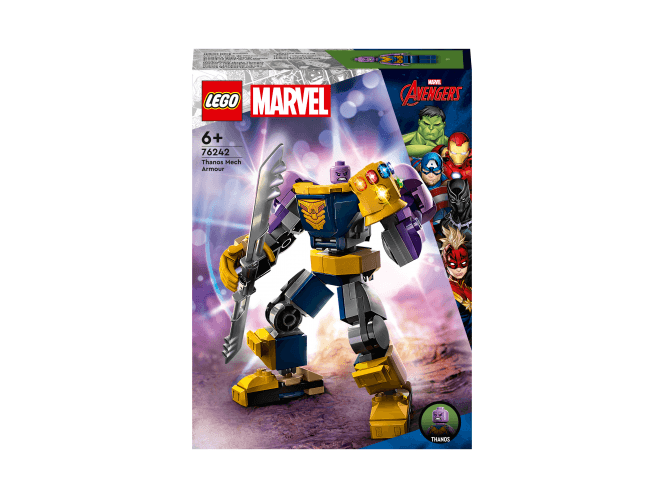 The Thanos Mech Armour figure features jointed arms, legs and fingers, allowing it to be positioned and posed for imaginative play-and-display possibilities. The Thanos LEGO minifigure fits neatly into the opening cockpit of the mech, plus Thanos’s double-sided sword, Infinity Gauntlet and Infinity Stones make the Thanos Mech Armour action figure a force to be reckoned with! For added digital fun with this LEGO Marvel collectable set, the LEGO Builder app features intuitive zoom and rotate tools that let kids visualise their Avengers figure set as they build.