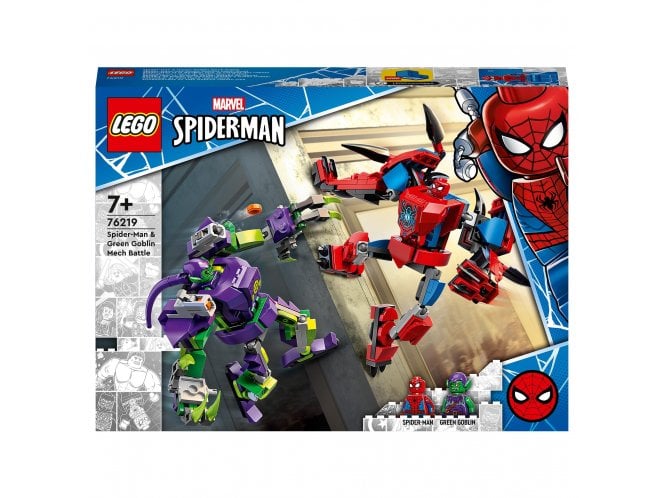 These are not just mechs – these are monster mechs! Put supersized, Super-Hero action into the hands of kids aged 7 and up with LEGO Marvel Spider-Man & Green Goblin Mech Battle (76219) buildable toy set. Send Marvel fans’ imaginative play to a whole new level with 2 monster mechs featuring popular Super-Hero minifigures from the movies.

Young Super Heroes will love to play out big battle action with the 2 iconic Marvel characters inside these supersized mechs. Bigger and more battle-ready than ever before! Place the LEGO Spider-Man and Green Goblin minifigures into the cockpits of the 2 Spider-Man monster mech action figures: Spidey's, with its extra-long, flexible arms and built-in weapons and the Green Goblin's, with its supersized, grabbing claws and shooters. Then, the battle of the monster mechs begins! When the day’s action is over, the 2 highly posable mechs look amazing on display in kids’ rooms.