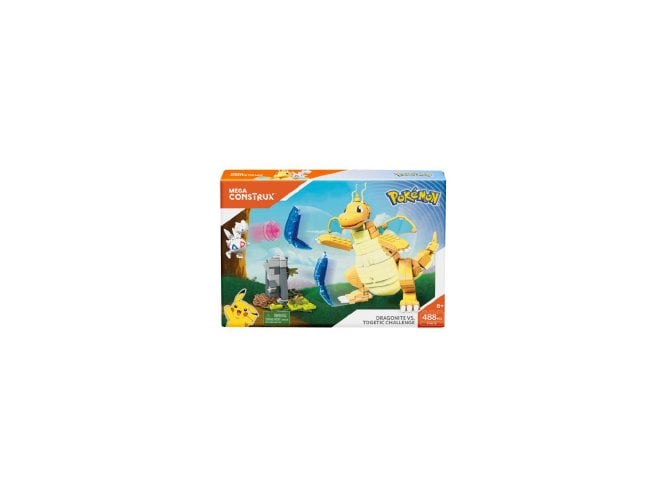 Fly into battle with a showdown between Togetic and Dragonite! An exciting Pokémon matchup takes to the skies when you build a battle between these two popular Flying-type Pokémon! First, prepare for battle when you build a poseable 7.5-inch Dragonite and swoop in for a Flying-type or Dragon-type attack! Next, take to the air with a 2.5-inch Togetic and defend with its battle effect shield! Then, set the scene for new battles when display your Pokémon in different poses!

• Combine with other Pokémon construction sets from Mega Construx™

• Build your Pokémon world, and Build Beyond™!